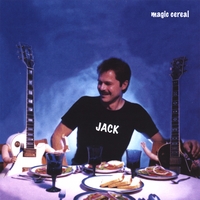 This recording (remastered on CD) was reviewed in the July 1986 issue of Guitar Player Magazine by Jim Ferguson: "With a little more exposure this Wisconsin-based fusion stylist may soon be ranked among the top players in America, as his talents certainly warrant. Jack Grassel’s influences, which include progressive saxophonists Eric Dolphy and John Coltrane are clearly evident on this self-produced album featuring six imaginative originals and an array of fine supporting musicians...Advanced chops, strong composition, and exciting soloing come together on this remarkable debut effort."

In the Guitar Player Magazine September 1986 "Showcase For New Talent" Mike Varney wrote: "Playing over a variety of interesting chord changes, Jack impresses me most with his speed and the emotions he’s able to communicate."

This recording put Jack and working bands on the map.