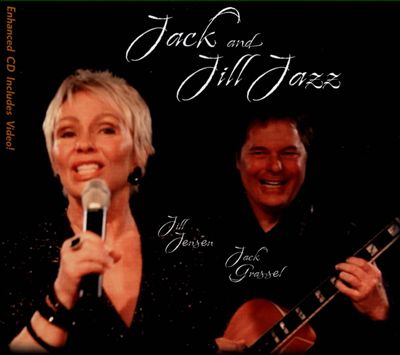 JACK AND JILL JAZZ CD - Secretly recorded by our sound man at a concert in Los Angeles !

I've always had a difficult time dealing not only with performing at my best in front of a large audience but in addition to that being recorded at the same time. So I told the soundman not to record us to reduce the tension and free up the music. It turned out to be an incredible concert with a great audience of mostly guitar players. I felt we had played the best possible so I said to the engineer, "I wish you had recorded that, it was wonderful". He replied that he had, so here it is. This is a state of the art CD which also has a video of 3 songs which can be viewed on a computor. I'm playing a D, Angelico, a Les Paul and a Smocke.